The relationship between the Italian 19th century, especially during its second half, and Death is particularly complex. The typical cultural aspects of Positivism, in the materialistic and medical-biological sense, result in a profound and remarkable interest of art and literature in portraying science, particularly in its more unsettling moments: thus anatomic museums, autopsy rooms, human specimens and so on. Some of the pre-romantic vibrations that inspired Ippolito Pindemonte and Ugo Foscolo, writer of the famous ode Dei Sepolcri, marry on the one hand the European gothic romanticism (though very different from the political romanticism that, due to force majeure, developed in Italy), while on the other the needs of the new publishing industry, intent on definitively selling escapist fiction of strong emotional impact with the logic of the feuilleton, destined to readers of medium cultural extraction.

The Positivist melting pot, rich of "impressive scientific cases", of atavistic criminals and of evolutionary uncertainties (taking Man away from its supposed centrality in the universe), presented itself to several novelists as an inextinguishable source of inspiration. Inspirations playfully handled along the lines of narrative necrophilia, directly from anatomized and preserved corpses, but also with suspicion of the exact scientific world that reproduced in vitro the secrets of life, nature and of the invisible. Already then, however, scientific investigation seemed to have an epistemological aptitude similar to poetry and, at times, fiction. Vice versa, the dominant culture imposed its didactic necessities and soon scientists abundantly used literary stratagems when publishing their discoveries and papers; therefore writing scientific treaties that, though rigorous, were much more captivating, disturbing or unsettling than novels, which, ultimately, took inspiration from them.

Science, therefore, becomes in both literature and art the realistic basis on which to build fantasy, especially for authors like Igino Ugo Tarchetti (1839-1869), Emilio Praga (1839-1875), Arrigo Boito (1842-1918) and, ultimately, the whole "Scapigliatura" (Italian Boheme) and proto-verismo movements. Take for instance Boito's poem Lezione d'anatomia (Antomy lessons) or Praga's A un feto (To a fetus) or even Tarchetti's novel Un osso di morto (A dead man's bone), all works that preceded a thanatologic literary genre which is still today very rich in substance.

The room is lugubrious; / from the black roof / dawn descends / reverberating / on the cold bed / with faint light / […] / With that cadaver / (infertile union! / Insane knowledge!) / You increase the number / of doubts, / human science! / […] / And while I cause / in secret / those barren dreams… / in that cadaver / a thirty days old / fetus is found.

However, if for a writer like Carlo Dossi (1849-1910) the scientist Paolo Gorini and the novelist Giuseppe Rovani represented two pillars of his free intellectual "apprenticeship", the activities carried out by Gorini, in particular those of efficiently mummifying the novelist (described by Dossi in his Note Azzurre and in contemporary chronicles), appear today paradigmatic in identifying and studying two very successful literary elements.

First of all, the wonderful grimness of the mummified body ("wonderful" in its literary sense), is expressed by the idea of the unnatural preservation of matter, the tangible reality of flesh made eternal by science, breaking the natural rule of decomposition. A fact that dismays and sets the scientist in a position which is superhuman and romantically sublime, making him ideally capable of arresting the elementary transformations of organic matter and avoiding the decay of the world. Thus the myth and stereotype of the "crazy" scientist is born; a scientist who is exclusively devoted to the cult and veneration of his own work, concentrated in an ascetic life where research is his ultimate and inescapable reason to be. But this reason to live also incarnates a power that comes from a lore that seems, sometimes deceptively, real knowledge to the eyes of the many scared and admiring laymen that directly or indirectly celebrate the myth of materialism, of "scientific fact", of reproducibility of natural phenomena and of its direct observation according to a rigid description of the world and nature.

Moreover, embalmment has a dual role in popular literature.
On one hand, in the poems and works of prose of Italian writers in early unified Italy, it represents a successful narrative setting that calls the attention to a concrete historic and social situation, in which science is both an historic phenomenon and a protagonist of the imaginary world. On the other hand it represents, to the eyes of certain romantics, a fascinating and terrifying paradox that has effectively become a law of nature; a scientific nature that is scary and artificial and opposes the regular flow of nature in its more universal or reassuring form (even the "step-mother nature" that the Italian writer Leopardi speaks about).

Metaphorically halting the ideal decomposition of the world, the anatomic preparer (like in the novel of Arrigo Boito's brother Camillo Boito (1836-1914) Un Corpo / A body ) becomes an absolute artist capable of eternally fixating in a tangible way the memory and even the ideals of a man, held forever in the physic truth of the features of his face and of his body. In the Milan of Brugna sul Naviglio, of the frequent anatomic itineraries (that, in addition to the capillary spread of positivism, shared the charm of the macabre), of the daily autopsies in the Istituti di Perfezionamento and of the anatomic studies for artists of the Ca' Granda and the Accademia di Belle Arti di Brera, popular authors were striving to describe Positivism reconsidered under a "darker" light. Francesco Giarelli (1844-1907), journalist and Bohème writer, never failed to clarify:

What is the bohème? The novice of the artist's life […] the antechamber of the Hospital: the vestibule of the death chamber. Once more, what is the bohème? Republic in politics, reason in conviction, realism in literature: paradox in statistic […] It's the team of the future […]. It charges the unknown […] not knowing the sound of the trumpet of retreat […] the bohème rules over the cold breath of the tombs. Nothing's more explainable than these mysterious fraternities between cemeteries and larvae. 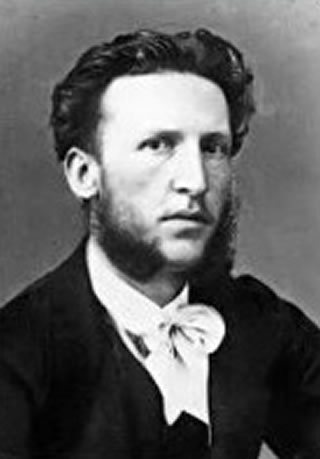 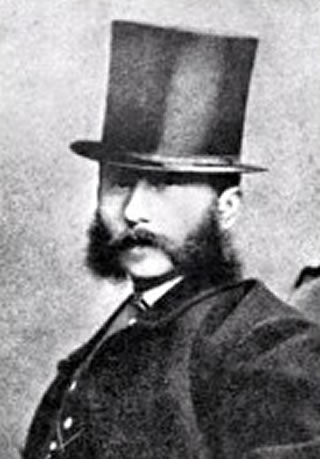 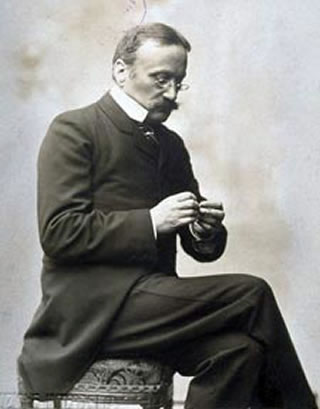 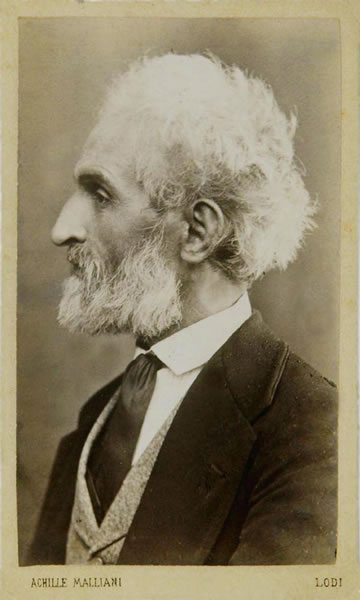 Fig.04 - Portrait of Paolo Gorini, photographed by Achille Milani, around 1879.