Paolo Giuseppe Antonio Enrico Gorini was born in Pavia, on January 28th 1813. Son of Giovanni Gorini, a university math professor, and of Martina Pelloli, from Lodi, the scientist tells us about his childhood and first studies in first person, in his Autobiografia (Rome, 1881):

I was born in the Gallarati House, located in Contrada del Gesù, almost opposite the church and on the corner of Contrada S.Agostino [...]. On my fifth year I left the House to move with my family in the former monastery of S.Francesco di Pàola, situated in the square of the Collegio Ghislieri, and there was my home for the whole time that was given to me to live in my hometown. I spent three years of my youth in the boarding school of S.Salvatore, just outside the gate that back then was called Borgoratto. There I spent the first three years of Ginnasio from November 1820 to September 1823. Then, after going back to my family, I attended the fourth and fifth year of Ginnasio in the public school of Canepanuova. Considering the pastimes I used to indulge in, it would have been easy to tell the sort of preferred occupations to which I would dedicate my life.
The less I took advantage of the education given to me in Ginnasio, the more I treasured the one taught to me, without pedantry or prejudices, by my private teacher Alessandro Scannini; the same man killed by Austrian brutality and accused of being one of the instigators of the riot of Milan of February 6th 1853.

Always according to Gorini, it was thanks to his private tutor that from an early stage he became interested in geology and volcanology, which would have become, along with mathematics (discipline of his degree), the primary specializations of this scientist; known instead for his famous formula of "petrifaction" and numerous techniques of anatomic preparation. Gorini achieved these latter accomplishments not only thanks to his university courses (some notions of Medicine where part of his third year coursework at the Collegio Ghisleri), but mostly through his study of geology (like he wrote in 1837, 1851 and 1871 in his monumental Sull'origine delle montagne e dei vulcani and Sull'origine dei vulcani: studio sperimentale / Regarding the origin of mountains and volcanoes, Regarding the origin of volcanoes: experimental study).

After losing his father in 1825, and completing his studies thanks to the unselfish financial support of some illustrious colleagues of his passed parent (Prof. Alberto Gabba was among those), Paolo Gorini arrived in Lodi in 1834 to take the chair of the Natural Sciences and Physics department at the local Liceo Comunale.
We have only scarce information regarding Gorini's teaching days, but what is well known is that from the beginning of the 1840s, though continuing his scholastic activities, the scientist dedicated more and more of his time to geology experiments, arriving to the point of creating actual artificial volcanoes to illustrate their eruptive dynamics, and meanwhile beginning his first attempts at the preservation "of animal substances".

Alongside his scientific activities, and in a time when Italy was running towards its national unification, Gorini took an interest in politics and got in touch with the most famous names of the time: of the cultural world, like Carlo Cattaneo's case, and of the social and political world (Mazzini, Garibaldi, Maria Cristina Trivulzio di Belgiojoso…). Gorini's political life, which even lead him to be promoter of an innovative plan of attack against the Hapsburg during a revolutionary secret meeting in Lodi in 1848, is well known. Close to the more radial patriots, Gorini never stepped back from his political commitments or from speaking his mind and, probably, approached the world of Freemasonry by spending time with some of its renown protagonists.

During the 1860s and 1870s his practical demonstrations of volcanology, done with the above mentioned artificial models, made Gorini a protagonist in some famous institutes, like the Istituto Lombardo di Scienze e Lettere, and in the presence of celebrities such as Alessandro Manzoni. At first, during the 1840s and 1850s, these tests were carried out privately in his laboratory of San Nicolò, in Lodi. Gorini's laboratory was in a deconsecrated church, the church of San Nicolò, that today doesn't exist anymore but used to be located in via Serravalle, next to the church of San Francesco in Piazza dell'Ospitale.

In 1857, when the Liceo Comunale di Lodi became "Imperiale", according to the orders of the Austrians, the 43-year-old Paolo Gorini asked and was given permission to retire, which allowed him to put even more energy into his experiments. As a result, in the following years the Italian government asked him to write a report on the characteristics and dangerousness of the volcanoes in Italy, but also to try to preserve the remains of Giuseppe Mazzini, died in Pisa in 1872.

Today, Mazzini's body rests in the cemetery of Stigliano, near Genoa. The last examination of the corpse, which took place in 1946, acknowledged its substantial preservation. Paolo Gorini's national and international fame begun in the 1870s, and in fact is mainly due to this episode related to his attempt at preserving Mazzini's remains. Although the process of mineralization of the tissues of the deceased didn't produce excellent results (mainly because Gorini arrived in Pisa two days after the death of Mazzini and the body's condition was already compromised), Agostino Bertani and Adriano Lemmi praised nonetheless the "Gorinian" technique, hence trying to lift their friend's troublesome financial situation.

After, successfully, preserving the body of the novelist Giuseppe Rovani, died in Milan in 1874, Paolo Gorini focused his energies on cremation, encouraged by his friend Gaetano Pini. Cremation, just like anatomic preparation, allowed to save the body from decay. After years of studies and trials, Gorini planned and realized a truly innovative crematorium, and the first in Italy in its efficiency and functionality. It was built in the cemetery of Riolo and the old professor found his peace there on February 13th 1881. 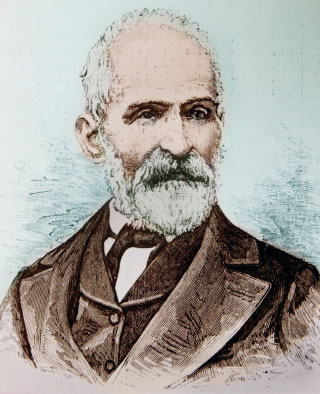 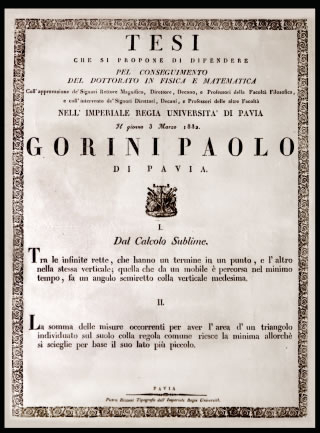 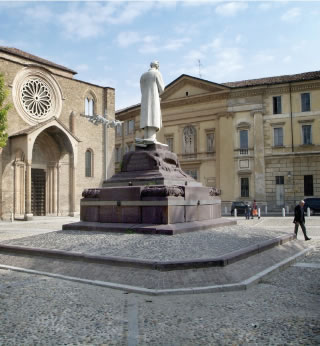 Fig.03 - Glimpse of Piazza Ospitale, in Lodi. View of the monument dedicated to Paolo Gorini and of Chiesa San Francesco. 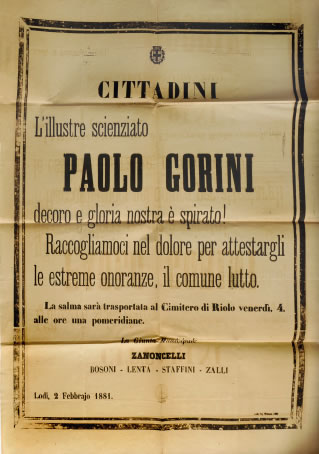